Mercedes has finally announced the reveal date for the Mercedes-AMG GT four-door. The elongated version of the coupe will make its debut at the Geneva Motor Show this March. Ahead of that reveal, Mercedes released a few teaser images of the executive sports sedan, or potentially hatchback. Lucky for us, they’re not cryptic shots of the car in a dark room, but brightly lit shots of it on the road, just with a bunch of camouflaged wrappings.

From what we can see, the GT will have a few trademark styling cues from the coupe. The vertical-slatted Panamericana grille is huge. The roof is very low and has a rakish fastback. The taillights are slim horizontal units just like the coupe, and it looks more likely than ever that there’s a hatch to get to the cargo area. 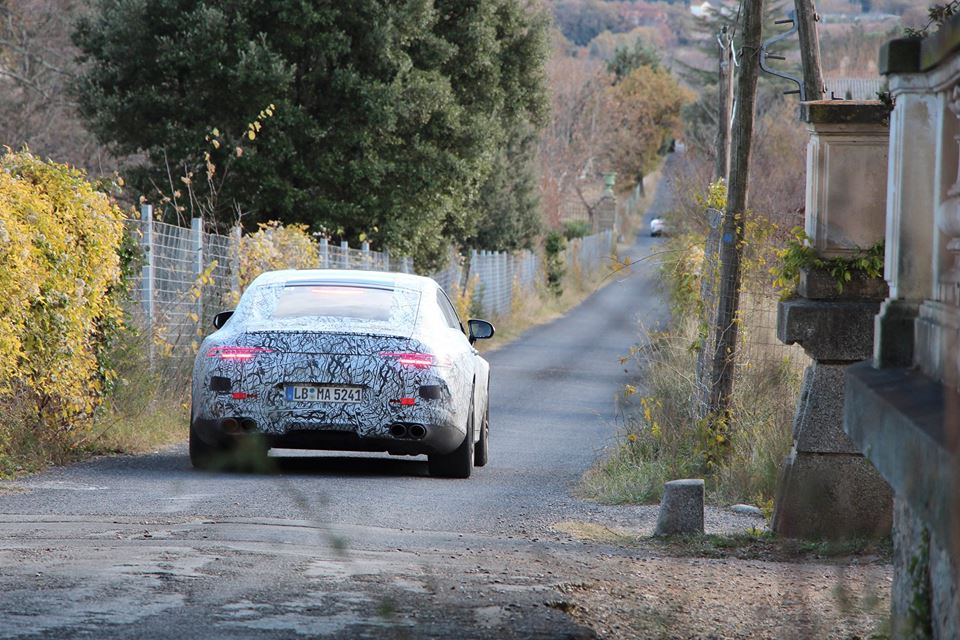 The four-door does differ from the coupe in a number of ways. The grille doesn’t look as low and menacing as on the coupe, part of which could be because the headlights sit more inline with the grille, so there’s a less drastic shift in height as your eye travels from the lamps to the grille opening. The fenders are far less exaggerated than the coupe’s as well, making the four-door look perhaps more like a CLS than a GT. Though that isn’t a bad thing either.

Mercedes hasn’t revealed anything else about the car.