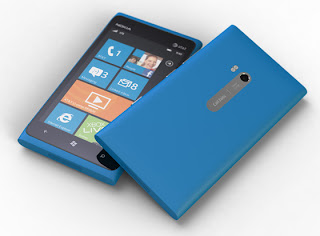 The Lumia 900 is just the cherry on top we expected from Nokia and its Lumia series of devices. With us having the pleasure of reviewing the 710 and 800 devices which cater well to its young market, the Lumia 900 is more of a grown-up device, the size, feel and features confirm just that.

Sporting a 8-megapixel Carl Zeiss camera with autofocus, dual-LED flash and can shoot video at 720p at 30 frames a second. which delivers splendid photographs. But what less can you expect from the first ever company to bring you a 41-megapixel camera on a mobile-phone. With a dedicated chrome button situated on the right makes it easier to access the camera and autofocus ability without having to unlock the device.

For video calling fanatics, the Lumia 900 comes with a 1-megapixel front facing camera but lacks as it captures in VGA. 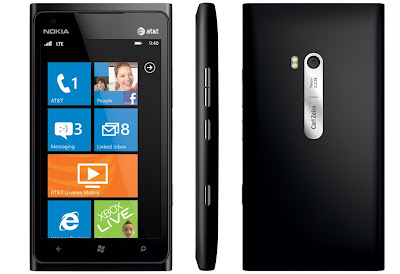 With a bigger 4.3 inch Corning Gorilla Glass Amoled displayed that offers clean and crisp displays thanks to the backing 1,4GHz single-core Scorpion processor, an Adreno 205 graphics-processing unit, 512MB of RAM and 16GB of flash storage. Although still behind rivals Samsung Galaxy S3 and Apple.

Running on new fave, Windows Phone 7.5 makes the whole Lumia experience an even smooth one thus making it easy to access all of your favourite apps pinned on the home screen from a single swipe. Reports that Microsoft will not issuing Windows Phone 8 were dismissed and confirmed, but they won’t be keeping their new partners totally out of the dark as an upgrade to Windows Phone 7.8 instead will be released. Of course, it will feature some of Windows 8 aspects.

On our previous reviews with the 710 and 800, we raised our concerns on Windows Phone Marketplace and its limited apps. But with the rise of the Lumia 900 there are now more apps, especially social apps such as Twitter, Facebook, WhatsApp, Skype, LinkedIn and others that are sure to keep you connected. Other apps developed by Nokia include Nokia Maps which offers turn-by-turn navigation while Nokia Drive offers a pared-down interface designed with drivers in mind. Meanwhile Nokia Music offers the ability to stream music and mix radio in your own personal capacity.

Overall, we love the Nokia Lumia 900, but the upgrade to Windows Phone 8 would make it a perfect candidate for smartphone of the year. If you’re looking for a smartphone as bold, the Lumia 900 is perfect for you.

Nokia Lumia 900 is only available on MTN Anytime contract for R369 p/m.